Maintaining your Cat® engine’s oil requires paying attention to your engine and proper maintenance, which lengthens oil change intervals. Oil changes for diesel engines can become less frequent when you improve your vehicle’s fuel efficiency. In fact, with regular engine care, you can lower your number of yearly oil changes.

Fleets can lengthen oil change intervals when they use the right oils and proper maintenance. Caterpillar’s engine service products, for example, are some of the best products for oil changes on heavy equipment. That said, it’s important to know how oil becomes dirty and how to make it last longer for your fleet.

Back in the 1950s, a truck would need an oil change every 500 miles or less. Thanks to improvements in filter technology, engines and fuel quality, modern trucks can drive up to 50,000 miles on the same oil drain interval. Still, the average oil change interval for a truck is about 25,000 miles. This amount can vary even if your fleet uses the same make and model.

Two identical vehicles, for example, won’t always need oil changes at the same time. The first could travel 50,000 miles without an oil change, while the second could need an oil change after 16,000 miles. This difference in performance results from three issues:

Change your oil less by paying attention to the engine’s performance and quality of the oil you’re using, as well as monitoring your drivers’ routes and speeds.

The Correlation Between Fuel Efficiency and Combustion Efficiency

How long your oil change lasts relates to the fuel efficiency of your vehicle’s engine. Fuel efficiency improves through combustion efficiency, which helps control the nature and quantity of elements that pass by the piston rings.

When a piston “blowby” occurs, dirt, soot, mist, nitrogen oxide and hydrocarbons can enter and damage your oil. Additional factors that impact the quality and purity of oil include the engine’s temperature and emission controls, as well as its seal efficiency.

The Impacts of Engine Age and Stress on Fuel Efficiency

Some factors that damage your engine’s quality are unavoidable. For example, the amount of hours and the number of miles a truck travels determines your engine’s longevity. If a vehicle makes back–to–back cross–country deliveries for eight years in a row, the engine won’t last for as many years as a truck that’s driven three times a week to deliver items across town.

Maintain your oil–flow system by watching the filtration and seals to make sure that they work over the course of an oil change interval. Poor filtration can have a negative effect on your engine. Because oil filters protect your oil from contamination, they must have the space to hold dirt and any other contaminants that enters your engine’s compartment before your next oil change.

The Importance of Large Sump Filtration on Oil Quality

When large amounts of oil filter through the system, contaminants are less likely to degrade the engine’s fuel efficiency. A bigger sump size also lowers the chance of thermal distress, which is when the temperature rises and makes the oil ineffective. Engines that have the biggest sumps provide the lengthiest possible oil drain intervals.

Every engine — regardless of its make or model — can provide optimal fuel efficiency. Whether it does or not is outside the manufacturer’s control. Because fuel efficiency changes because of drivers and engine component issues, it’s up to you to check and maintain your engine so that it performs at its best.

The Impact of Hot and Cold Weather on Oil Quality

Your oil’s health often reflects where you’ve driven since your last oil change. If a truck drives through intense temperatures, it can affect the oil’s quality and damage the engine by not giving it enough lubrication.

For example, when a truck drives across hundreds of miles during a heat wave, the oil loses its thickness. It then acts less like a lubricant and more like dirty water within the engine. Thermal distress on an oil supply can also cause harmful chemical reactions within the oil, such as oxidization, which shortens the duration of your oil change interval.

In bitter cold temperatures, the oil could thicken. Instead of moving freely, engine parts would slow down because of sludge from the thickened oil. Thick oil is hard on equipment during startup because it wears on the bearings that are struggling to start your vehicle.

The Effects of Dirty Driving Environments on Oil Quality

Various external factors can impact oil quality. Dirty roads, for example, can expose equipment to various contaminants, such as when you drive across stretches of dirt and junk that get sucked up from below the chassis. Polluted environments also expose your engine to airborne pollutants, like smoke from nearby factories.

On humid days, there’s an increased chance that airborne contaminants will reach your engine through the combustion chamber. On these days, the humidity circulates dirt through the air more and turns dusty routes into virtual airfields of oil contamination.

The Effects of Rough Driving Terrain on Oil Intervals

Problems with your engine’s fuel efficiency can become worse on difficult routes with steep inclines and rocky roads, and through stretches of stop and go traffic. For example, if a truck regularly drives over rough terrain, you may damage its bearings and axles. To compensate for the landscape or traffic patterns, the engine consumed more oil than what it would use otherwise.

The Impact of Other Engine Problems on Oil Intervals

Aside from all the external elements that can reduce your engine’s oil supply quality, other issues in the engine can determine the length between oil changes. If an engine doesn’t function at its full capacity, it will use more oil because the engine is compensating for its problems. Likewise, if any given number of other engine components lag or fail, they could decrease your vehicle’s fuel efficiency.

How Engines Have Improved Over the Past 65 Years

For an idea of just how far engines have come since the mid–20th century, compare the oil drain interval of the 1949 Gulf engine, which recommended oil changes every 500 to 1,000 miles. By 2012, an oil drain interval for a truck could be 50 times the earlier mileage.

The Properties of Engine Oil

The American Petroleum Institute (API) and the European Automobile Manufacturers Association (ACEA) license diesel engine oils that offer the healthiest properties for engine protection so that truck owners can enjoy long service intervals. Still, even the best oils on the market can break down because of vehicle issues that degrade the quality of oil over an interval.

The performance of the oil itself consists of two factors: the quality and age of the oil, and the grade of the oil used. If the oil is a lower grade than what’s needed for your vehicle, you’ll need an oil change sooner than expected.

The Benefits of Premium Engine Oils

Premium engine oils, which are typically synthetic, enhance the fuel economy, engine purity, ignition ability and driving performance of a vehicle. Premium engine oils are not the most inexpensive option, but they offer savings that add up over time from longer maintenance periods.

It’s a choice between two ways to save money — an inexpensive product for shorter oil and maintenance intervals, or a higher–priced product for longer intervals.

The Grade and Viscosity of Engine Oil

Because of the impact that temperatures have on the viscosity of engine oil, it’s crucial an oil offers reliable consistency in warm and cool weather. Synthetic oils provide this service because they use molecular weight additives that decrease the rate of change in an engine’s oil supply.

For heavy–duty trucks, the recommended oil grade is 15W–40, the viscosity of which protects against engine wear. However, vehicles with stronger, more durable engines can often function over long intervals on viscosity grades like 10W–30 or even 5W–30, which can boost your vehicle’s fuel economy and drain levels.

How Particles and Other Contaminants Affect Oil Quality

One of the most surprising things about oil degradation is it can start from a tiny piece of dirt and multiply twenty–fold from the time it enters your vehicle to when you remove it during an oil change. During this period, the oil’s quality decreases and does more harm than good on your equipment.

In vehicles with contaminated engine oil and failed filtration, solids can form and combine with other impurities, such as:

Further problems can emerge with the dilution of fuel, which causes oxidation and thins your engine’s oil.

The End of an Oil Interval

How to Know When It’s Time to Change Oil

One of the challenges of owning a fleet is learning when to end an oil interval. Check your oil and engine performance on a constant basis. Signs to watch for include:

Change your oil right away if sludge has formed or the base number is low enough for corrosion to start. While your oil’s condition and rate of deterioration aren’t known in real time, you can stay informed of oil quality changes by checking the engine every few days.

The Analysis of Engine Oil

Observations on the quality of oil can help you determine the oil drain interval of a given piece of equipment, but the process requires an investment. You’ll gather the information through a series of sampling and testing procedures. The most important factors of an oil analysis include:

A characteristic of engine oil is its ability to make acids neutral. In today’s engine oils, detergents enhance the neutralizing factor that gives oil alkalinity — a property that’s measured as the base number (bn) to determine the oil’s quality over time. When oxidation or acidic contamination occurs, the bn lowers and shows that the oil has reached the end of its drain interval.

While fuel efficiency indicates the longevity of an oil supply, bn determines the quality of engine oil at any given time.

Evaluating oil drain intervals for a fleet of commercial trucks has its advantages. Data on overlapping routes is comparable and can identify shared patterns. When two identical vehicles have different intervals, despite traveling the same routes, you can learn information about the road habits of drivers.

Because fleet operators can spot differences in driving styles and road conditions — not to mention the engine efficiency of different vehicles — the oil drain intervals of a fleet often receive accurate evaluations. These results lead to a longer lifespan and oil longevity for a fleet’s trucks.

Today’s vehicles need quality oil and engine components to ensure fuel efficiency and long oil intervals. At MacAllister, we’ve helped heavy equipment suppliers across Indiana and Michigan keep their vehicles in excellent condition for many years. To learn more about what we can do for your vehicles, contact MacAllister Machinery to inquire about servicing your equipment today. 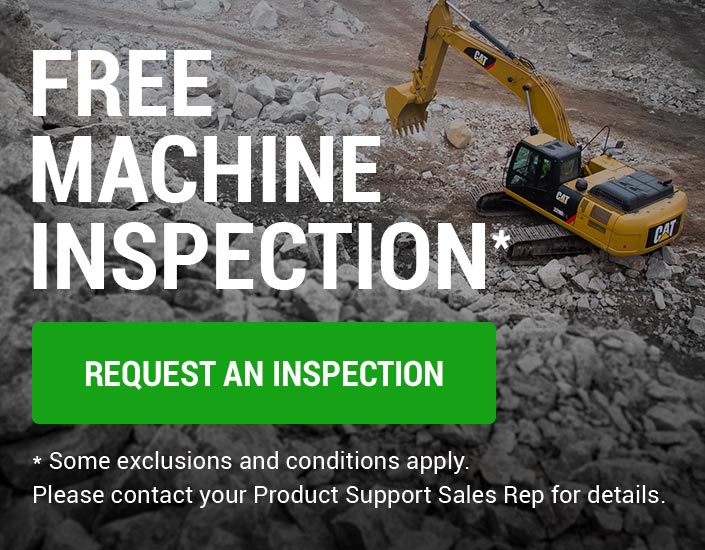